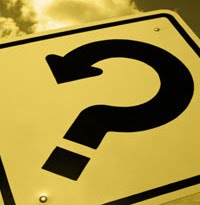 We took a little trip to our county DCS building yesterday.  After a long (hour and a half) discussion, we walked out of there with a different status.  I even made it without showing all of my attitude true colors.

Aren’t you proud of me? I had to knee Corey a few times because I thought he was going to get really upset.  Can you believe it?  ME holding HIM back?  Yeah…I was pretty shocked / amazed / impressed with myself.

But you really can’t blame either one of us for being extremely frustrated.  We’ve really been pushed and pulled and drug all around on this one and the system is so ridiculously SLOW and disorganized.  Don’t get me wrong. In theory and in writing it’s a very functional system.  The problems (at least in our county) seem to be paperwork, follow through and the ability to do things in a timely manner.

Basically, we’ve wasted a lot of time.  (I know, *gasp*.)  Previously, we were told that to get what we wanted out of all of this, our best bet was to go “foster care” only.  The idea was that we would get foster kids in our home that we would eventually get the chance to adopt once their parents’ rights were terminated. (Google: Legal Risk Adoption)

Supposedly, at that time they were doing away with “foster-to-adopt” and going strictly foster only or adoption only.  APPARENTLY they decided against that change and we were not notified.  Our CW pushed us toward foster care, saying that was what we needed to do to reach our final goal:  ADOPTION.

The tune has changed.  They are still (and it turns out that they always have been) allowing foster-to-adopt in our state. They are in the process of readjusting some things; however, the option will still BE there.  It will just be “looped” into another category.  So she “feels confident” that going this route will get us more interest / phone calls.

In our county, they have taken to not placing children in foster homes and finding some kind of family to place the children with in every situation.  So this eliminates a lot of need for foster homes.  This is a good thing, in most situations, for the children.  Although, I’ve been reading that it allows for less watch over the children’s cases once they are placed. (??)  Regardless, it doesn’t get us where WE wanted to be.

I think we are on the right track now.

Oh yes!  We still have an inquiry on “Freckles” in Florida.  For those of you that do not know:  Freckles is a little 7 year old girl that we found via a photolisting.  We placed an inquiry and faxed our home study last week  Her caseworker called our caseworker for more information asking if we could handle certain situations.  That’s a good sign.  That means that she’s interested and sees something in us that she believes may be a possibility.  We talked about that a little and hopefully we will hear more information soon.  If not, we are still listed as accepting of “legal risk” children and may get the call on them as well.

We’d be equally excited either way.